You’d never know that these fudgy, decadent-tasting vegan almond butter pumpkin spice brownies are actually quite healthy compared to most. Sweetened with coconut sugar and maple syrup, they feature an oat flour base, and almond butter and pumpkin puree replace the oil or butter typically found in brownies.

Having a food blog has made me given me many things: a renewed creative spark, a greater appreciation of food, and a sense of purpose at a time in my life when work and school have not provided much fulfillment.

It’s given me a more playful attitude around food. It’s also had a happy, albeit unexpected, consequence: it’s taught me to view failure as an opportunity for improvement, rather than as a dead end.

Take this vegan pumpkin spice almond butter brownie, for instance. This recipe began as a pumpkin spice blondie, but I used way too much oat flour, and the result was a crumbly cake that my poor dad politely enjoyed for dessert for several nights, declaring it “delicious,” as he does with all of my recipes, delicious or otherwise.

As someone who once took failure hard, I was surprised at how neutral I felt about the fact that my recipe didn’t turn out.

I went back to the drawing board and played around with the ingredients: I cut back on the oat flour, added more almond butter, and a bit more liquid. And, of course, I added cocoa, opting to turn the original blondie idea into a brownie. Because, chocolate.

The brownie turned out perfectly: slightly crisp around the edges and top; dense and fudgy on the inside, and perfectly sweet thanks to the coconut sugar and maple syrup. The pumpkin puree and almond butter provide moisture without the need for any oil, and the entire brownie is threaded with the glorious flavour of pumpkin spice.

These delicious vegan pumpkin spice almond butter brownies are very easy to make, requiring just two bowls and a little bit of stirring. You’ll probably be able to whip up a batch in 10 minutes or less. The most challenging aspect of this preparation is actually waiting for the brownies to bake and then cool enough to serve. If you are impatient, you can certainly slice them before they have finished cooling, but I would recommend waiting at least an hour before slicing to allow the brownie to firm up.

To really take this brownie over the top, serve it with coconut ice cream and a drizzle of two of my pumpkin spice caramel sauce.

Finally, if you make this recipe, leave a comment and rating below this post to let us know how it turned out for you! And post a photo to Instagram with @upbeet.kitchen and #upbeetkitchen! I love seeing your delicious recreations.

You’d never know that these fudgy, decadent-tasting vegan almond butter pumpkin spice brownies are actually quite healthy compared to most. Sweetened with coconut sugar and maple syrup, they feature an oat flour base, and almond butter and pumpkin puree replace the oil or butter typically found in brownies.

Well, that’s all for me today, folks! I’ll be back very soon with a stuffed squash recipe that makes the perfect centerpiece for vegan Thanksgiving and Christmas festivities. 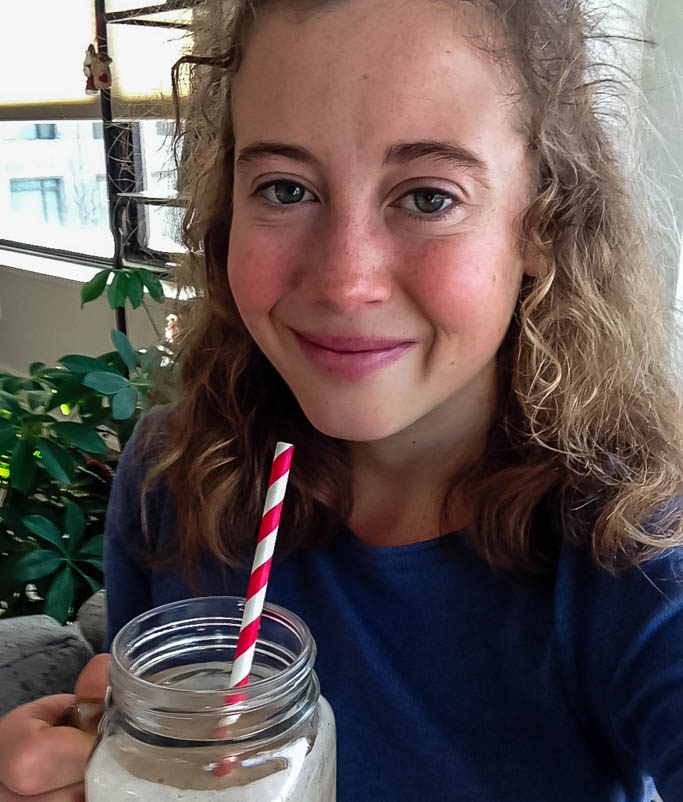 Hi there, I'm Allison! I make easy to follow, approachable, and nutritionally balanced plant-based recipes. I have a certificate in holistic nutrition and am an aspiring registered dietitian. I'm also an avid long distance runner, yogi, and tree hugger with a love of sweet potato fries and creating healthier versions of all your favourite comfort foods.
More here -->

Sign up for the newsletter and gain access to a handful of deliciously simple plant-based recipes every week.

Welcome to UpBeet Kitchen, a food blog that celebrates a positive and nourishing relationship with food, our bodies, and our planet. I'm Allison, and I'm so happy you're here! More →